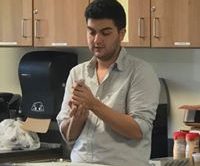 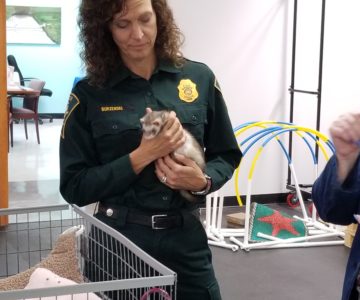 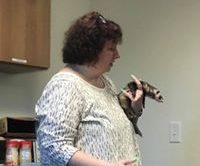 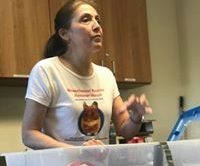 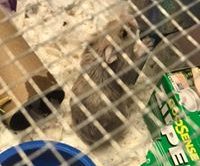 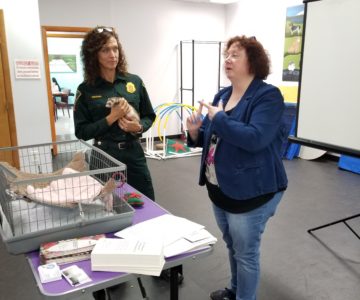 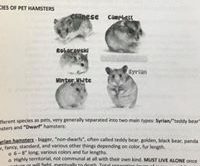 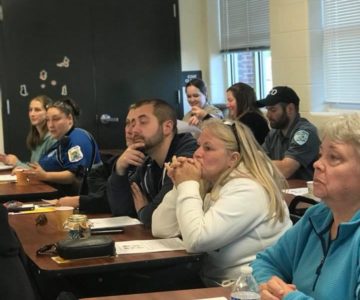 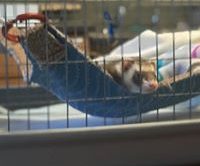 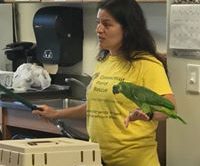 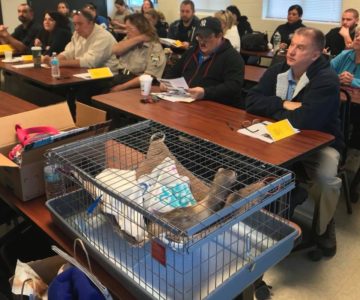 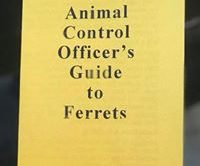 Invitations were sent to each of the 200+ town officers in the state. This is a copy of the Information & Sign-Up Sheet distributed.

A total of 53 ACOs attended, representing 39 different towns as well as the Connecticut State Animal Control Division of the State Department of Agriculture.

The fee was $25 per attendee; a cost we were able to keep low due to the generous support of PetsMart Charities. $10 of each registration was allocated to CTMACOA to provide certification and lunch. The remaining $15 each was divided between participating shelters.

All five groups spoke at the Stratford training for one hour each. Due to illness, Mainely Rats was unable to attend Manchester, so the other 4 shelters presented slightly longer workshops so officers still obtained 5 hours of continuing education credits.

Workshops followed a standard format, where topics especially useful to ACOs were covered, including:

Each presenter was an expert in their species, and it showed in the depth & quality of the talks. Officers walked away with a good working knowledge of how to care for these animals which they may not deal with on a daily basis, but who might show up at their facility without notice.

Comments from officers were uniformly positive. “This was way more useful than the conferences they usually send us to,” said one officer. “The rat guy really knew his stuff!” enthused another, older officer about Weston Siano, the representative who has, despite his youth, helped with large rescues of domestic rats. When asked for a volunteer to learn how to hold a ferret, one officer told us she’d always been “a little afraid” of them. But once snuggled against her chest, she actually liked the little animal.

It was valuable for shelters and officers to meet, also. The Ferret Association has worked with many ACOs over the past 26 years, but being able to put faces to names helps both sides communicate better. Officers now know if they need to send animals to us, the pet isn’t going to just anyone calling themselves a shelter, but to caring, well-informed people who truly have the welfare of each species at heart. Should they ever need experts to testify in abuse cases or become involved with hoarding situations, they have contacts to help at hand.

For their part, the participating speakers were equally pleased with results.

From Westchester Rescued Hamster Haven: “It was such a pleasure to meet so many animal-compassionate people, especially all the Animal Control Officers who are out there “in the trenches.” It was so heartening to see their interest in learning about the well-being of small pets and to know that now they’ll have more information on good hamster care. I know that the ACOs visit pet owners regularly; now I know if they see hamsters in homes (or in pet stores), they can help ensure the hamsters are getting humane care.”

From House Rabbit Connection: “Thank you for your vision with setting up these training sessions. Things ran smoothly, like clockwork. Several ACOs came up to me after both the Stratford and Manchester presentations to say how much they were impressed by the different speakers about their respective critters. I am pleased to work with so many wonderful Animal Control Officers throughout the state of Connecticut The more we can educate folks – the public, pet store owners, shelter staff, and ACOs – the better we will all be.”

The support from PetsMart allowed us to compensate shelters. So often, small shelters are offered the “opportunity” to participate in events but it’s far less often that anyone considers the real value provided. Many operators work regular jobs and must take unpaid time off, or end up paying expenses out of pocket.

Those who presented received a stipend and, within budgetary restraints, each speaker received reimbursements toward travel and printing expenses. The Ferret Association received a small stipend as well for organizing, grant-writing and reporting results. FACT was also able to send a small donation to each of the two organizations who offered meeting space. And a small remainder was equally split among the participating shelters.

For each, the funds earned were an acknowledgement of their professional skills – assuredly those monies will go right back into helping more animals.

To sum, this was an initiative that benefited everyone and could be done annually. Animal control officers could use good information about reptiles, guinea pigs, and other small animals, too, not just in Connecticut but across the country. Working with statewide animal control associations, groups in other states could easily use this format as a model.

We wish to recognize and extend our sincere appreciation to PetsMart Charities for their generous support of this effort. We also want to thank the Connecticut Animal Control Officers Association and the Connecticut Department of Agriculture for their support, encouragement, and enthusiam. Thanks, as well, to each of our speakers and the participants who partner with us to both improve the lives of animals and protect the citizens of Connecticut.